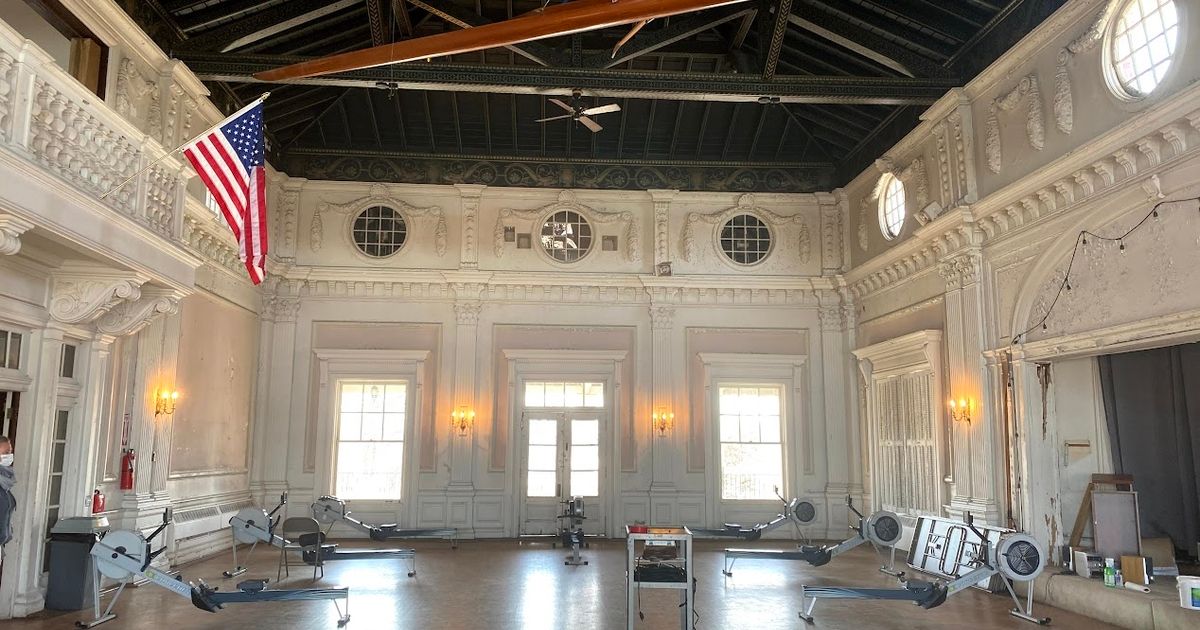 The day before, my fiancee, Krista, heard through the grapevine that our wedding venue in Belle Isle – planned for our use in late October – had suffered structural damage.

A collapsed roof, to be exact.

I immediately drove to the island, while Krista frantically tried to reach the non-profit organization Friends of Detroit Rowing, which was handling our reservation at the historic Belle Isle Boat House. I didn’t see any damage on my trip there on Wednesday beyond the long-standing cosmetic issues on the 120-year-old building.

Thursday afternoon, my future wife received a call saying that indeed part of the roof had collapsed.

Our contract to use the facility had been lost, meaning there was a good chance we hadn’t learned of this damage until maybe weeks before our long-planned wedding.

That damage appears significant, as documented by Crain’s senior reporter Sherri Welch, citing a DNR report that estimated a cost of $43 million to restore the 1902 building — and that was before the collapse.

But on to more pressing matters: Krista and I needed a wedding venue. As you may have read earlier this week, it’s not an easy task at the moment, due to pressure on wedding venues and vendors to catch up on two years of postponed pandemic weddings.

The worst case scenario seemed to hover somewhere between our budget skyrocketing by $10,000 or more and not being able to find a location on the date we had long chosen.

I’m happy to report that just 24 hours after receiving the bad news, we seem to have been lucky at the best of times. We have found a new venue on the same date, and the additional costs – at least in the grand scheme of wedding planning – will be minimal. Aside from one day of pure panic, things went well.

Like many Detroiters, I consider Belle Isle a treasure. I’m sad that I can’t show our guests, many of whom will be coming from out of town, its beauty and history.

And I hope that a historic structure can be saved. It’s just a shame that I can’t get married there.