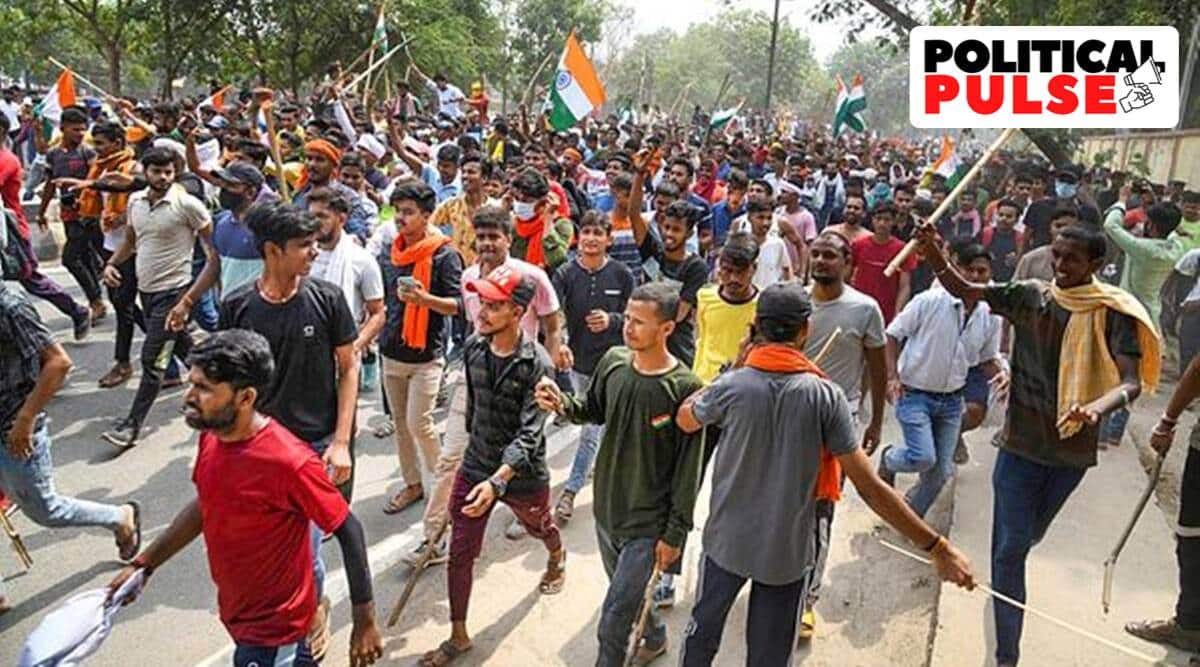 Opposition members of the Parliamentary Defense Advisory Committee on Monday called on the government to withdraw the Agnipath tri-service soldier recruitment scheme, even though their decision to send a joint letter, asking the government to reconsider the scheme , left them red-faced. as Lok Sabha Congress MP Manish Tewari refused to sign it.

Opposition members – Supriya Sule of the NCP, Sougata Roy and Sudip Bandyopadhyay of the Trinamool Congress, and among them Rajani Patil and Shaktisinh Gohil of the Congress – signed and delivered the letter to Defense Minister Rajnath Singh, who chaired the meeting.

Members of the opposition, we learn, posed probing questions to the government, most of them citing protests the scheme sparked in several states. Sule is said to have argued that the draft should be sent to the Parliament’s standing committee for study so that the concerns raised are taken into account. The government, she said, should not hastily come up with programs, policies and laws that impact the country and its youth.

Gohil mentioned the standoff with China along the LAC in Ladakh and argued that rolling out such a program at this critical time is tantamount to jeopardizing national security.

Tewari asked probing questions such as whether the regime was aiming to downsize the forces and drive down the pension bill. He said if that is the case, why does the government not say so up front. We learn that he also asked questions about the impact that Agnipath would have on the operational readiness of the forces.

The government, we learn, made a detailed presentation of the scheme and told the committee that it was not intended to resize the forces or reduce the pension and salary bill.

We learn that the head of the army, General Manoj Pande, told the panel that the program would not have an impact on operational readiness either.

The government, we learn, told the panel that a separate study is underway on the issue of force resizing and that the program aims to reduce the age profile of the forces.

Opposition sources said Sule and Roy and TMC’s Bandyopadhyay were keen for the members to sign a joint letter opposing the scheme and demanding its removal. Tewari, who had argued that the Agnipath program should be seen as part of a broader process of defense reform and modernization, however refused to sign it. He maintained that it was not a forum for indulging in politics.

Sule tweeted that she had urged the defense minister to “reconsider the Agnipath program and conduct broader consultation with stakeholders and defense experts”.

It is learned that Gohil cited criticism of the program by experts and veteran soldiers and said it should be withdrawn as it would affect the morale of the forces and create confusion. He said the program should first be launched as a pilot project and those trained should be recruited into the armed forces, it is learned. It should only be introduced after working out various modalities, Gohil learned.

Opposition parties, particularly the Congress, are considering raising the issue and demanding a discussion about it in the monsoon session of parliament, which begins next week.

Think differently: Think about proof of use of the mark! – Trademark