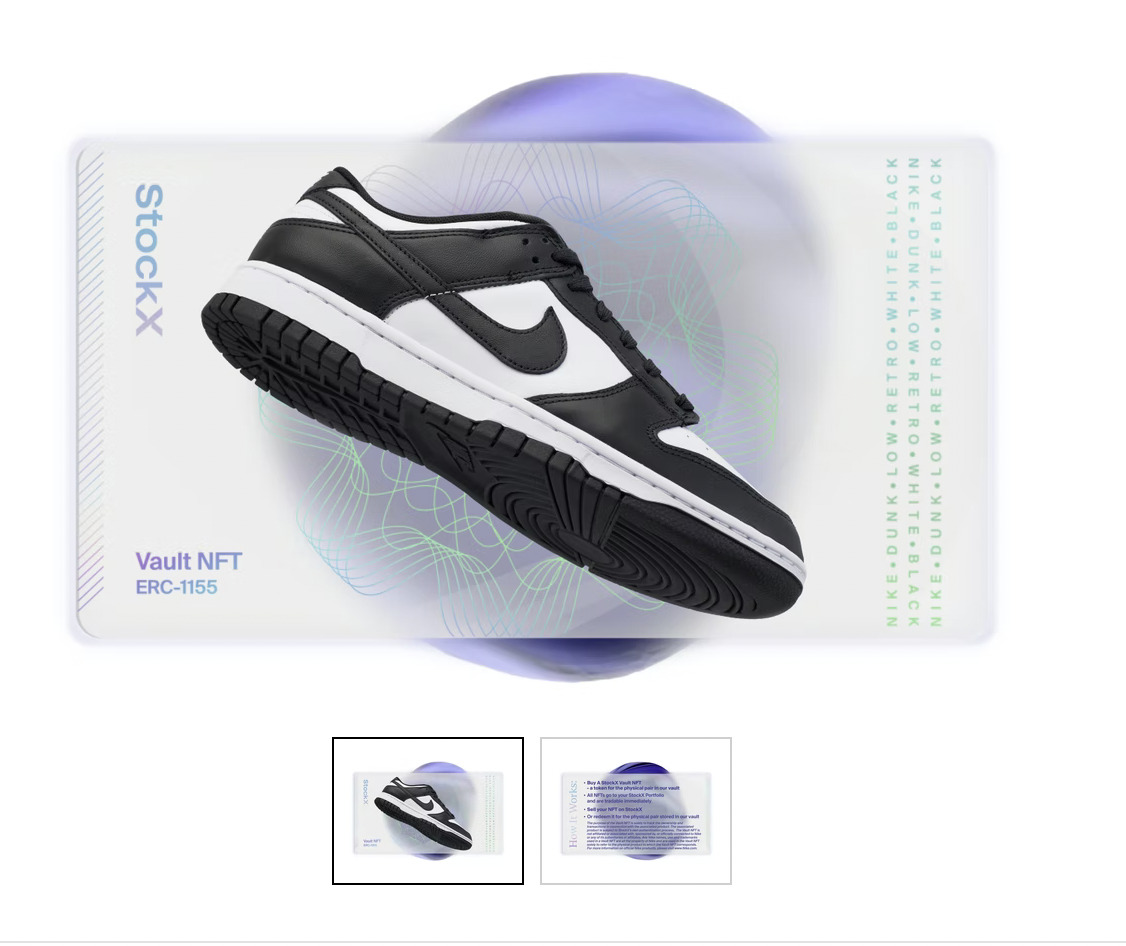 “Nike’s request for leave to amend its complaint to include allegations of infringement and false advertising against StockX underscores the uncertain interconnectivity between NFTs and physical products as well as the metaverse and the real world.”

StockXwhich describes its e-commerce resale platform as “[t]e current culture marketplace,” is primarily used by consumers to resell and purchase sneakers, among other items. In January 2022, StockX announced plans to launch The vaultwhich uses non-fungible tokens (NFTs) to allow buyers to track ownership of physical products resold on its online marketplace and ensure their authenticity, including Nike shoes.

Shortly thereafter, Nike sued StockX in the United States District Court for the Southern District of New York (SDNY), alleging that StockX’s use of Nike’s famous marks in connection with its NFTs constituted an infringement of brand. Nike, Inc. v. StockX LLC, 1:22-cv-00983-VEC. In its original complaint dated February 3, 2022, Nike alleged that StockX manufactures NFTs using Nike’s trademarks without authorization and sells them to consumers, who believe or are likely to believe that StockX’s NFTs are related to Nike while they are not.

On March 31, 2022, StockX responded to Nike’s complaint. Initially, StockX confirmed that its NFTs are not digital sneakers. This claim appears to be an attempt to distance the StockX case from another SDNY NFT case, Hermès Int’l c. Rothschild, case no. 22-cv-384 (SDNY 2022). In this case, which is still ongoing, Hermès took legal action against artist Mason Rothschild after he began selling NFTs displaying the Hermès “Birkin Bag” under the designation METABIRKINS.

StockX further responded that its NFTs do not infringe any of Nike’s rights for the following three reasons: (i) StockX’s resale of genuine Nike products is protected by the first-sale doctrine; (ii) StockX’s use of authentic Nike product names and images related to the “Vault NFTs” constitutes nominative fair use; and (iii) consumers are unlikely to be confused by StockX’s NFT Vault.

Additionally, StockX argues that Nike’s lawsuit demonstrates “a fundamental misunderstanding of the various functions that NFTs can perform,” including product authentication. In summary, StockX’s position is that its NFTs are digital assets used to authenticate ownership of assets using blockchain technology. Each NFT includes a unique identifier and metadata about the associated asset that cannot be overwritten or replicated. StockX claims that its “Vault NFT program enables secondary trading on StockX to be more efficient, track asset ownership, and reduce unnecessary costs and fees for clients” because “each Vault NFT is tied to a specific physical asset which has already been authenticated by StockX.

New allegations of counterfeiting and false advertising from Nike

Since the blockchain code that underpins NFTs cannot be duplicated, businesses can use NFTs to fight counterfeiting. StockX’s Vault NFT program provides an example. By tokenizing physical products sold on their e-commerce platform with an official NFT minted for each, a consumer only has to consult the blockchain to confirm authenticity.

However, for an NFT program to successfully combat counterfeiting, the associated physical assets must also be authentic. In its response to Nike’s complaint, StockX claimed that it uses “a proprietary, multi-step authentication process for every product sold on its platform,” which presumably includes physical Nike sneakers. In response, Nike made test purchases from StockX and determined that at least four pairs of shoes that StockX claimed to be genuine were in fact counterfeits. Subsequently, Nike filed a motion for leave to amend its complaint to include additional causes of action against StockX for infringement and false advertising.

Nike’s request to add counterfeiting and false advertising claims reflects a growing trend of well-known brand owners making such claims against retailers. For example, similar issues arose in the heated dispute between Chanel and What Goes Around Comes Around, also ongoing at SDNY. Chanel, Inc. v. What goes around comes backLLC, no. 1:18-cv-02253-LLS (SDNY 2018). In this case, Chanel, the famous French luxury brand, sued What Goes Around Comes Around (WGACA), a luxury vintage retailer, for trademark infringement and counterfeiting, claiming that WGACA is reselling counterfeit Chanel bags despite claims of 100% authenticity. Although WGACA filed a motion to dismiss, the court sided with Chanel on its claims of infringement and false advertising. First, the court found that Chanel had alleged sufficient facts to support a direct trademark infringement claim arising from WGACA’s sale of counterfeit Chanel handbags. Second, the court declined to dismiss Chanel’s false advertising claims arising from the WGACA’s unauthorized use of Chanel’s trademarks in “Letters of Authenticity”, marketing materials and on its website. After counterclaims for summary judgment, Chanel’s infringement and false advertising claims remain issues for the jury in this case. Indeed, Nike relied on the Chanel motion to dismiss decision in his motion to amend his complaint.

Nike’s request for leave to amend its complaint to include the infringement and false advertising allegations against StockX underscores the uncertain interconnectivity between NFTs and physical products as well as the metaverse and the real world. Navigating the legal world of NFTs can be confusing because many consumers and brands are unfamiliar with the technology, legal regulations are sparse, and no cases have yet reached a decision on the merits. That said, basic legal principles — especially trademark and other intellectual property laws — should apply.

Brands seeking to enforce their IP rights in the metaverse or in real life should strive to fully protect their brands, trade dress and copyrights, giving them the tools to prevent others misuse valuable brand assets.

Margaret Esquenet is a partner at Finnegan. His work focuses on contemporary issues of copyright, advertising, and trademarks in the United States and around the world. She leads litigation teams defining the scope of […see more]

Soniya Shah is a partner at Finnegan. She focuses on patent litigation and prosecution and handles intellectual property matters related to electronics and information technology.