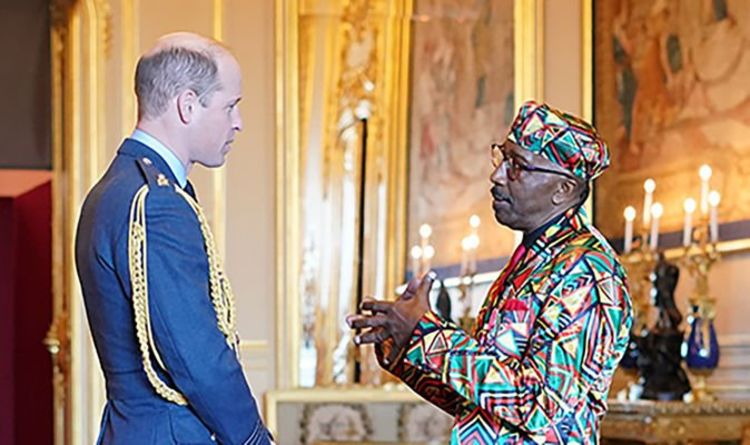 The 69-year-old TV fitness instructor, who has been conducting home exercises online during lockdown, presented the Duke of Cambridge with his own branded stretch outfit at the Windsor Castle investiture ceremony. But Mr Motivator, listed under his real name Derrick Evans, was told by the future king, “no, you look better than me”.

The star added of the encounter: “He was just brilliant. He said, ‘I’ve always looked up to you, keep doing what you’re doing’.”

The workout coach was honored for his services to health and fitness.

Designer Sir Paul Smith, who was made a member of the Order of Honorary Companions, was more tastefully dressed.

Sir Paul, 75, who is in his sixth decade as a fashionable British force, joked: “I was made a CBE by the Queen, received my knighthood from Prince Charles and now with William, I have the full set.”

The former Leeds and England captain helped raise more than £2million from a grueling 101-mile run – the equivalent of almost four marathons – without sleep in 24 hours.

The star said: “Being able to keep MND in the spotlight has been really special so I’m delighted to be here to accept the honor on behalf of rugby league and the MND community.”