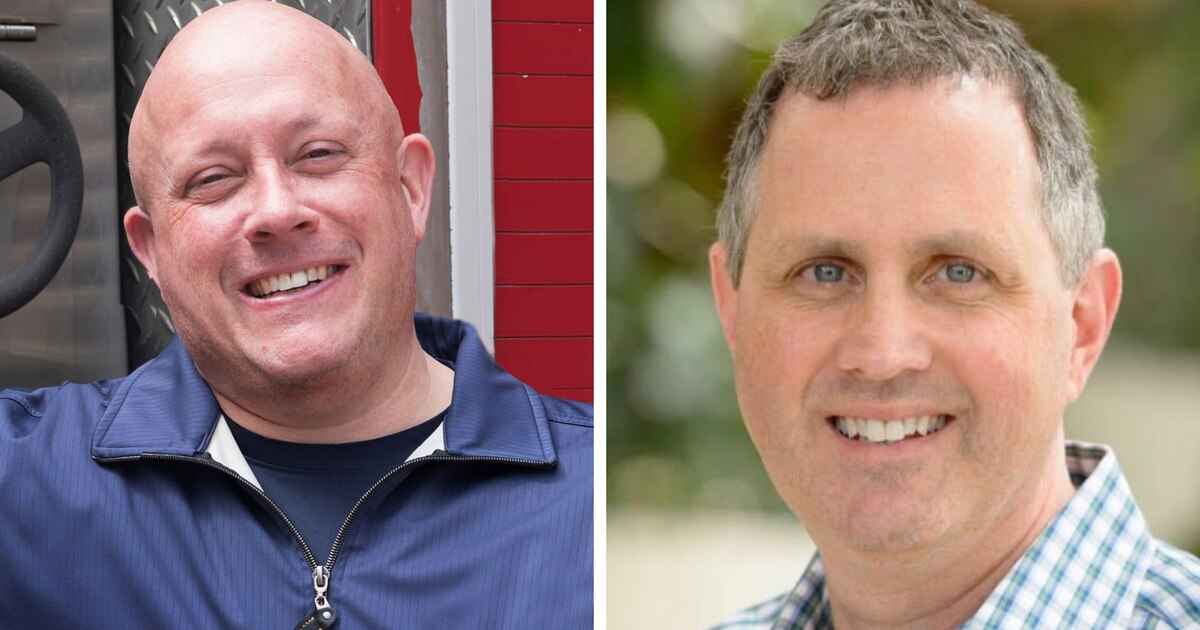 Michael Kelly and Michael Rabbitt are in the running for Illinois House’s 15th District in the June 28 primary.

Democratic voters in the 15th House District must choose between Rep. Michael Kelly, a Chicago Democrat who was nominated to the seat seven months ago, and challenger Michael Rabbitt in the June 28 primary election.

Whoever wins the district, which covers Niles, Morton Grove and part of Chicago’s far northwest, has a good chance of winning the Springfield seat in the November general election. Democrats have held the area since at least 2004.

Kelly, a Chicago firefighter who lives in Chicago’s Mayfair neighborhood, has only held the seat for a few months. Democratic district leaders nominated him to replace former Rep. John D’Amico (D-Chicago) after D’Amico’s quiet resignation in November. The pool of candidates also included Rabbitt, a business transformation leader at Argonne National Laboratories who lives in Chicago’s Edgebrook neighborhood, which borders Skokie and Niles.

Kelly sponsored six bills and one resolution in his first truncated session of the General Assembly. Among these measures, three have been adopted and have become law.

SB 3793 made community service a penalty for failing to comply with stopped school buses picking up or dropping off students and speeding in school zones. SB 3007 changes the circumstances under which the Secretary of State can revoke a person’s driver’s license. And SB1233 created a new committee on transportation infrastructure and policy.

Most of Kelly’s campaign money comes from unions like the Chicago Firefighters Union or the war chests of fellow Springfield Democrats. House Speaker Emanuel “Chris” Welch (D-Hillside) chairs three committees that have contributed about $138,000 in total to Kelly’s campaign: the Illinois House Democrats, the Democratic Organization of township of Proviso and the personal committee of Welch, the people for Emanuel Chris Welch.

Rabbitt highlighted his organizing credentials as co-founder of Neighbors for Affordable Housing and his faith-based advocacy for racial justice during the election campaign.

But the centerpiece of Rabbitt’s campaign is ethics in the legislature. His platform gives pride of place to proposals like bolstering the power of the Legislative Inspector General, a position recently filled after the resignation of former Inspector General Carole Pope and branded the post a ‘paper tiger’ in July. 2021.

Rabbitt is also calling for changes like barring representatives from resigning mid-term, except in extraordinary cases, and barring politicians from working as lobbyists while in office.

Rabbit and Kelly each cite health care as a priority issue, including reproductive services which have recently been thrust further into the national spotlight due to a leaked Supreme Court draft document to overturn Roe v. Wade.

Both describe themselves as abortion rights advocates who will protect the availability of the procedure in Illinois.

Rabbitt reaffirmed his support for Roe and said his decades of experience organizing for human rights will help him support the House Chamber’s reproductive health services.

“Women’s ability to control their own bodies is under threat because reproductive health care is at risk here,” he said.

During his November 2021 nomination hearing, Kelly called himself a “100% pro-choice Catholic” and highlighted Planned Parenthood’s endorsement of his campaign in an email to the Tribune.

“My fundamental belief that these personal medical decisions should be made between women and their doctors – not judges and extreme politicians – will guide my decisions,” he said.

Kelly also pledges to cut prescription drug costs and insurance premiums if voters send him back to Springfield, while Rabbitt said he is a supporter of single-payer health care and the expansion of Medicaid in Illinois to make health care more accessible to more people.

Kelly and Rabbitt are also on the same page regarding gun laws. Both call for “common sense gun solutions” as part of their platforms.

Kelly called for “standing up to the gun lobby” during his campaign and told the Tribune he was “encouraged” to see federal lawmakers working on solutions to gun violence in Washington.

He said cooperation between state law enforcement agencies would be critical to preventing firearms from entering Illinois from states with more relaxed gun regulations.

Rabbitt proposed more aggressive enforcement of gun owner identification (FOID) rules as a way to crack down on out-of-state guns and said Illinois must ban guns by assault.

Another recurring problem in Springfield is the unfunded pension liability that looms over $1.3 billion.

Rabbitt said Illinois’ first step in shaking off that responsibility to state pensioners is for the state to acknowledge it has a problem.

“We have seen elected officials not giving this issue the attention it deserves,” he said.

Rabbitt said the state should revisit the progressive income tax that voters rejected in 2020, making clear how much it intends to spend on education, health care and retirement debt. .

Kelly said the state’s pension problem is the result of decisions made over decades and that he backed a budget that helped reduce the pension backlog.

“I support an open and honest conversation with all stakeholders,” he wrote.

Rabbitt and Kelly traded a number of beards throughout the campaign.

Rabbitt, responding to letters from Kelly about his connection to the insurance industry, told the Tribune that he worked in property and casualty insurance before working at Argonne.

“It suggests that I’m some kind of wealthy insurance company executive,” he said. “I mostly worked in process improvement when I was in the insurance industry.”

Additionally, Rabbitt said, Kelly voted against a bill this session that would have given consumers more leverage in disagreements between health care providers and insurers.

Kelly said he voted no on the bill because it was poorly drafted and would have increased the cost of health care.

And he fired back at Rabbitt’s characterization of his nomination as proof of his participation in the machine.

“Mr. Rabbitt participated in the same open process as I did,” Kelly wrote. “He knows as well as I do that the former president wasn’t even in office anymore.”