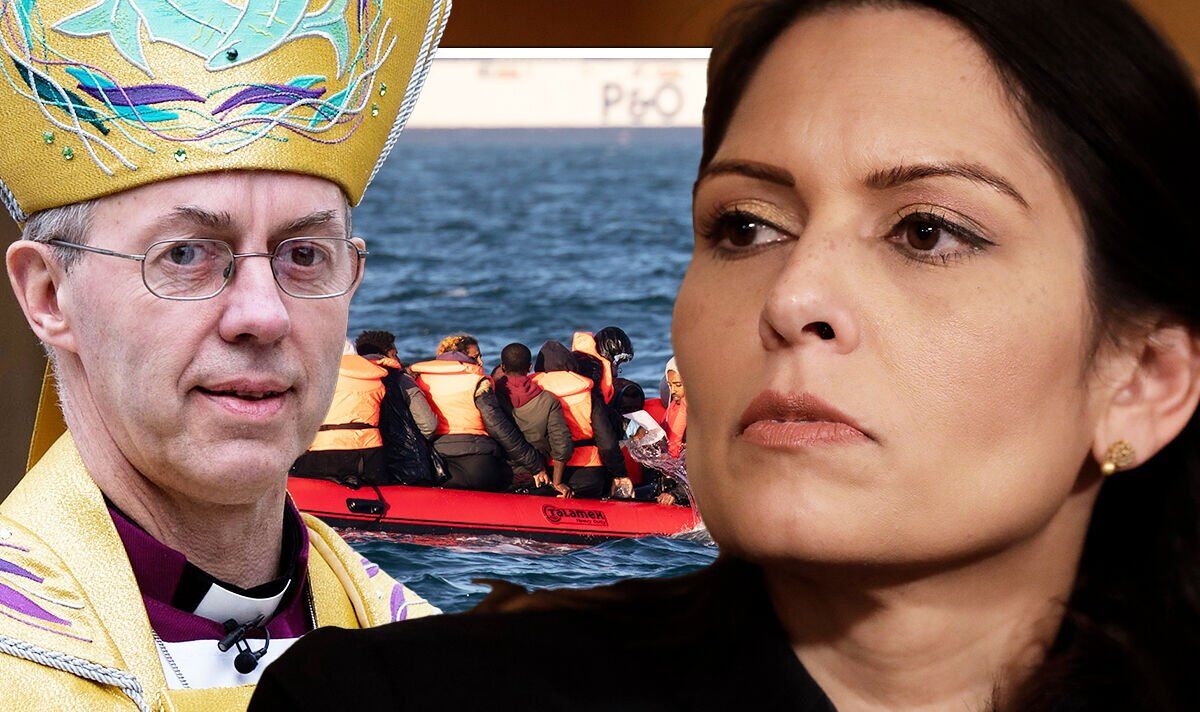 Justin Welby: Archbishop urged to give up palaces to house migrants | Politics | New

The annual cost of housing asylum seekers would fund over 5,000 nurses or over 50 new schools or nearly two Type 45 destroyers to protect British waters.

MPs pointed out that the money could also be plowed back into tax cuts or energy bills to help tackle the cost of living crisis for millions of people in the UK.

Instead, the Archbishop of Canterbury – who was dubbed ‘the richest religious leader in the world’ after becoming a millionaire working in the oil industry – attacked government attempts to stem the flow of migrants illegals making the dangerous journey across the English Channel.

In a Tweet, he wrote: “To reduce dangerous travel to the UK, we need safe routes: the church will continue to defend them.

“But deportations – and the potential forced return of asylum seekers to their countries of origin – are immoral and bring shame on us as a nation.”

Red Wall Tory MPs were furious at the attack on Home Secretary Priti Patel and suggested Welby give up his two palaces, which come with his archbishopric, to house illegal migrants and use his personal wealth to support himself their needs.

Ashfield MP Lee Anderson said: ‘If the Archbishop of Canterbury truly believes we should be doing more to keep illegal immigrants in this country and to love your neighbor as yourself, then perhaps he would have to give up his two palaces and pay all accommodation costs.

“He can then order every Church in the UK to have their presbyteries also handed over to illegal immigrants to stay in. These are practical steps he could take to assure the general British public that the Church is doing all that she can in these difficult times.”

The Archbishop’s main residence is Lambeth Palace – south of the River Thames from the Houses of Parliament.

In addition to numerous rooms, the 800-year-old palace has extensive gardens, a large library, an atrium, “the pink drawing room” and a state dining room.

Meanwhile, her residence in Canterbury is the Old Palace or Archbishop’s Palace, another 800-year-old Grade I listed building where one of the bedrooms was used by the Queen.

READ MORE: US says it will NOT end Brexit trade talks with UK

In a personal message to the Archbishop, Dudley North MP Marco Longhi added: “Archbishop, as you seem so strongly convinced by this, will you give up two of your palaces for illegal migrants and pay for their accommodation ?

“I note how it is the privileged liberal elite, unaffected by the impact of illegal immigration, whose moral outrage is strongest.”

He tweeted: “To say that many of the most vocal critics of Rwandan politics are members of elite society who have never had to live with the consequences of unchecked illegal immigration. The problem that Rwandan politics is designed to solve.

“When have they ever had to wait a long time for a GP appointment? To secure a place for their child in the school of their choice? For a council house? Never. Their hysterical reaction to Rwandan politics shows how disconnected they are.”

Meanwhile, another prominent Red Wall MP, Dehenna Davison, whose Bishop of Durham lives at Auckland Castle in her Bishop Auckland constituency, said: “The British people have voted for us to take back control of our borders, so it’s only fair that we have a solid approach to illegal immigration.

“Deportations would only take place if an asylum claim was rejected, or if a foreign national committed a crime here – and the majority of the British public would not disagree with this approach!”