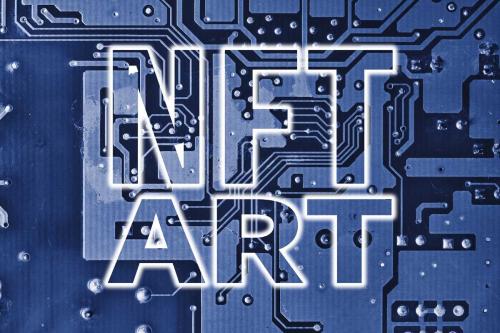 In one of the first trademark cases involving NFTs (non-fungible tokens), the opinion of the United States District Court for the Southern District of New York in Hermes International, et al. against Mason Rothschild sheds new light on how courts might assess trademark rights in relation to NFTs and digital goods.

Hermès, owner of the famous BIRKIN brand for luxury handbags, sued Mason Rothschild for trademark infringement after he created and sold NFTs of digital images of fur handbags, which he called “MetaBirkins”. . MetaBirkin NFTs sold for prices comparable to Hermès’ BIRKIN handbags (i.e. tens of thousands of dollars).

Notably, Rothschild previously reportedly described the bags as a “tribute to Herm[è]s most famous bag, the Birkin,” and said he wanted to see if he could create the “same kind of illusion” as the physical BIRKIN bags with the MetaBirkin NFTs. Hermès also presented evidence that the media and consumers mistakenly believed that MetaBirkin’s NFTs were in fact associated with Hermès.

Rothschild moved to dismiss Hermès’ amended complaint for failure to report, arguing that Hermès could not prevail at law because of the First Amendment protections afforded to works of art under Rogers vs. Grimaldi, 875 F.2d 994 (2d Cir. 1989). Below rogeran artist’s First Amendment rights essentially outweigh the rights of a trademark owner to prevent the use of their trademark in the title of an artwork unless “the title has no artistic relevance to the underlying work, or, if it has some artistic relevance, unless the title is explicitly misleading as to the source or content of the ‘work.”

Subsequent case law expanded the roger test any trademark claims against expressive works, i.e. beyond the use of a trademark in the title. Hermès, on the other hand, argued that the sale of NFT was purely commercial, meaning that roger was inapplicable, and the traditional likelihood of confusion test should apply to determine whether Rothschild’s use of “MetaBirkin” infringed Hermès’ trademark rights.

Thus, the key issue before the court was whether MetaBirkin NFTs should be treated as (i) expressive works (by which NFTs merely authenticate ownership of the digital artwork), which requires balancing trademark rights with First Amendment rights under rogeror (ii) non-expressive commercial products, which call for the application of the second circuit standard Polaroid confounding probability test.

Finding that Rothschild’s MetaBirkins were digital images capable of constituting a form of artistic expression, the court held that the images were entitled to First Amendment protection and therefore applied roger. However, the court denied Rothschild’s motion to dismiss because Hermès has sufficiently alleged that Rothschild’s use of “MetaBirkins” either has no artistic relevance to the underlying work, or even if it has a certain artistic relevance, it explicitly misleads as to the source or the content of the work. The court noted that, in assessing the “explicitly misleading” part, it should refer to the standard Polaroid factors to assess whether there is a likelihood of confusion, but that any likelihood of confusion must be “sufficiently compelling to outweigh the public interest in freedom of expression”.

This decision sheds new light on how courts could, in future cases, treat the sale of NFTs and digital/virtual goods in the metaverse in two important ways:

First, the court was not persuaded that the use of NFTs in connection with the MetaBirkin digital images made the sale “commercial” so the First Amendment should not apply. Instead, he noted that NFTs are simply code pointing to the location of digital images (which are protected by the First Amendment) and authenticating images, and “the use of NFTs to authenticate an image and allow a traceable subsequent resale and transfer does not render the image a commodity without First Amendment protection, any more than the sale of numbered copies of physical paintings would render the paintings of the goods for the purposes of roger.” Accordingly, the mere fact of attaching an NFT to an otherwise expressive work may not be sufficient to defeat the application of Roger’s First Amendment protections when third-party marks are used in expressive works or their titles.

Second, the court stated in a footnote that roger could do not applies “if the NFTs were attached to a digital file of a practically wearable Birkin handbagin which case the trademark “MetaBirkins” would refer to a publicity without words product.” Here, Hermès’ complaint does not sufficiently allege that Rothschild was actually selling virtual wearable bags under the MetaBirkin brand, nor that it would do so for the “immediate foreseeable future”. This is particularly notable for owners of brands seeking to enforce their trademark rights against virtual some products (i.e., which are portable and usable by avatars in the metaverse) bearing confusingly similar markings.

Finally, the court noted that plaintiff’s additional claims for trademark dilution and cybersquatting “will rise and fall with the First Amendment’s defense to trademark infringement claims” and the application of the roger test.

Although each case depends on its own facts, Hermes provides useful initial guidance to potential litigants on how a court can enforce trademark rights against virtual goods in the metaverse and the use of NFTs in the sale of digital assets.