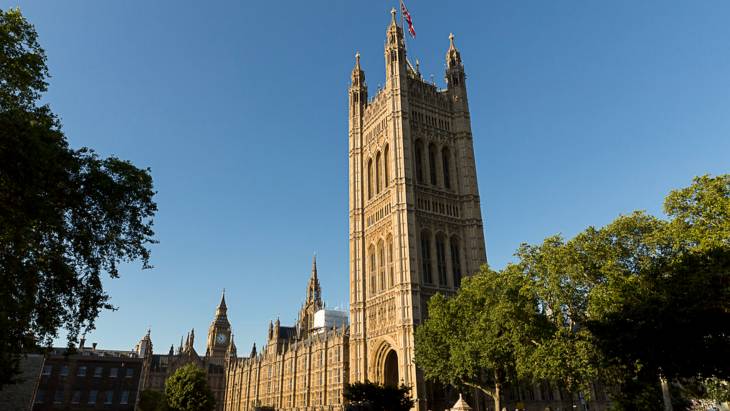 Proposed changes to the new nuclear funding model cleared their first hurdle, as members of the UK’s Second House of Parliament debated the Nuclear Power (Funding) Bill for the first time.

Members of the House of Lords are now considering the Bill line by line (Image: www.parliament.uk)

Last month, members of the House of Commons approved the measures, which would introduce a regulated asset base (RAB) funding model which the UK government says will reduce the cost of funding and mean investors share some of the risks of the project with consumers. .

The bill also aims to remove barriers to private investment – such as pension funds – and in doing so “reduce the UK’s reliance on overseas promoters for funding”.

The UK government’s case for change

Lord Callanan, the Conservative Party’s Business and Energy Minister, said: “This legislation is essential to get new nuclear projects off the ground and will help the UK achieve its decarbonisation targets.

“With all but one of the UK’s current nuclear reactors due to close by 2028, representing 85% of our existing nuclear capacity, the need for new nuclear projects is more urgent than ever.”

The UK government aims to bring at least one large-scale nuclear project to a final investment decision by the end of this legislature (by the end of 2024) and has also supported development work on small modular reactors (SMR).

Callanan said that by bringing in private investors, the UK would be able to “widen the pool of funding available for new projects”, which he said would “take us away from the reliance on sole developers funding new projects at their own risk, which has contributed to the cancellation of recent projects at Wylfa and Moorside”.

He added: “Nuclear power will need to play a significant role in the UK’s future energy mix to ensure reliable, low-cost, low-carbon energy as we move to net zero.”

Under the existing mechanism for supporting new nuclear projects – the Contract for Difference (CfD) – developers must finance the construction of a nuclear project and only start receiving revenue when the plant starts generating electricity. . The CfD approach was used to finance Hinkley Point C, with the developer agreeing to pay the full cost of constructing the plant, in return for an agreed fixed price for power generation once the plant came online. However, this approach places all the construction risk on the developers and has led to the cancellation of other potential new construction projects, such as Hitachi’s project at Wylfa Newydd in Wales and Toshiba’s at Moorside in Cumbria.

Under the RAB model, a company receives a license from an economic regulator to charge a regulated price to consumers in exchange for providing the infrastructure in question. More recently, the RAB model has been used to successfully finance the construction and operation of the Thames Tideway Tunnel and Heathrow Terminal 5.

What were the opinions of members of the House of Lords

For the opposition Labor Party, Lord Rooker said he supported the bill, saying: ‘I don’t think you can be taken seriously as a political party in 2022 if you are not in favor nuclear power: it’s as simple as that.”

Lord Teverson, for the Liberal Democrats, the fourth largest party in the House of Commons, who oppose the bill, said he was skeptical of the need for new nuclear development, citing the waste and nuclear costs.

He added that if he was in favor of nuclear power, he would advise the government “to go the Korean way: you build a fleet of 20, you get your economies of scale and you fund it with public money. which have a minimum interest cost”. …probably the only way to make nuclear power a success in the modern world”.

Baroness Neville-Jones, a former Conservative security minister, said: “We need to put it on the law book as soon as possible, with a quick start, so that the detailed work on financial flows through the RAB model can moving forward, with the prospect of commissioning Sizewell and other possible nuclear sites within a reasonable timeframe.

“The truth is that this country will not achieve its statutory climate change targets of net zero by 2050, or decarbonization of electricity generation by 2035, without a contribution from nuclear power generation, which, as has also been said, is currently on the decline.

“I know there’s a big divide on this issue, but it’s not just the government saying we need it; so does the climate change commission. We need the contribution of nuclear energy. Frankly, Parliament cannot deny the means to the end it has ordained. »

Lord Ravensdale, an independent member of the House of Lords who is an engineer and project manager in the nuclear industry, said the bill should include provisions to make hydrogen produced from nuclear energy eligible for the requirement for renewable transport fuel, alongside other low-carbon sources. .

“A simple change, adding nuclear-generated hydrogen to the list of zero-emission sources defined by the Energy Act 2004, could unlock millions of pounds of private investment in hydrogen production in UK and accelerate the government’s hydrogen production targets, while also supporting the nuclear industry,” he said.

Baroness Bennett of the Green Party reaffirmed her party’s long-term opposition to new nuclear power and said nuclear ‘crowds out other opportunities and means of dealing with our climate emergency and poverty crisis “, like, she said, renewable energy and energy efficiency.

Lord Howell, a Tory, welcomed the bill but noted the delays to the EPRs at Okliuoto in Finland and Flamanville in France and what this means for Hinkley Point and the proposed ‘reply’ to Sizewell C: “Investors will they ever wait that long for revenge… do we plug into these mammoths at Wylfa, Moorside, Oldbury and Sizewell or turn all our efforts to smaller and more advanced nuclear power stations?”

Former Labor Security Minister Lord West said: “Why are we in this position? It is because of the failure of successive governments, as has been mentioned. It’s a national disgrace, in fact. nuclear – we’ve made tons of money exporting this stuff to Japan – to a position where we can’t even build one of these big reactors ourselves.

“Basically, we have to take our finger off and get on with it. Sizewell C and Hinkley Point C are absolutely necessary. As far as the future is concerned, we absolutely have to opt for SMRs, AMRs and the use of hydrogen. All of this can somehow be encapsulated in this. I think we would all agree with that.

Lord McNicol said the Labor Party would support the Bill in the House of Lords, but suggested he would like it to “force nuclear power stations to use UK-made fuel and stick to the UK consumption charges”.

How the Minister responded to the questions raised

Business and Energy Minister Callanan, responding to questions raised, said the new funding mechanism would allow for foreign investment, but “not at the expense of national security”. He said that on the issue of radioactive waste, good progress was being made in the process of “identifying a suitable location for a geological storage facility”.

Although there were problems with the first wave of EPRs, he said, “developers learned lessons.” The Minister also pointed out that in response to those who question SMRs, the new funding model could be applied to them, and not just large nuclear power plants.

The bill has already been passed in the House of Commons. The House of Lords is a reviewing house of the British Parliament, with around 800 members, the vast majority of them appointed for life, but there are also 92 members who inherited their place from their father, and 26 archbishops and bishops of the Church of England.

Although the bill was backed in principle, it has now undergone detailed scrutiny by a Lords committee. If the bill is amended in the House of Lords, these amendments will have to be accepted or rejected by the House of Commons before they can become law.