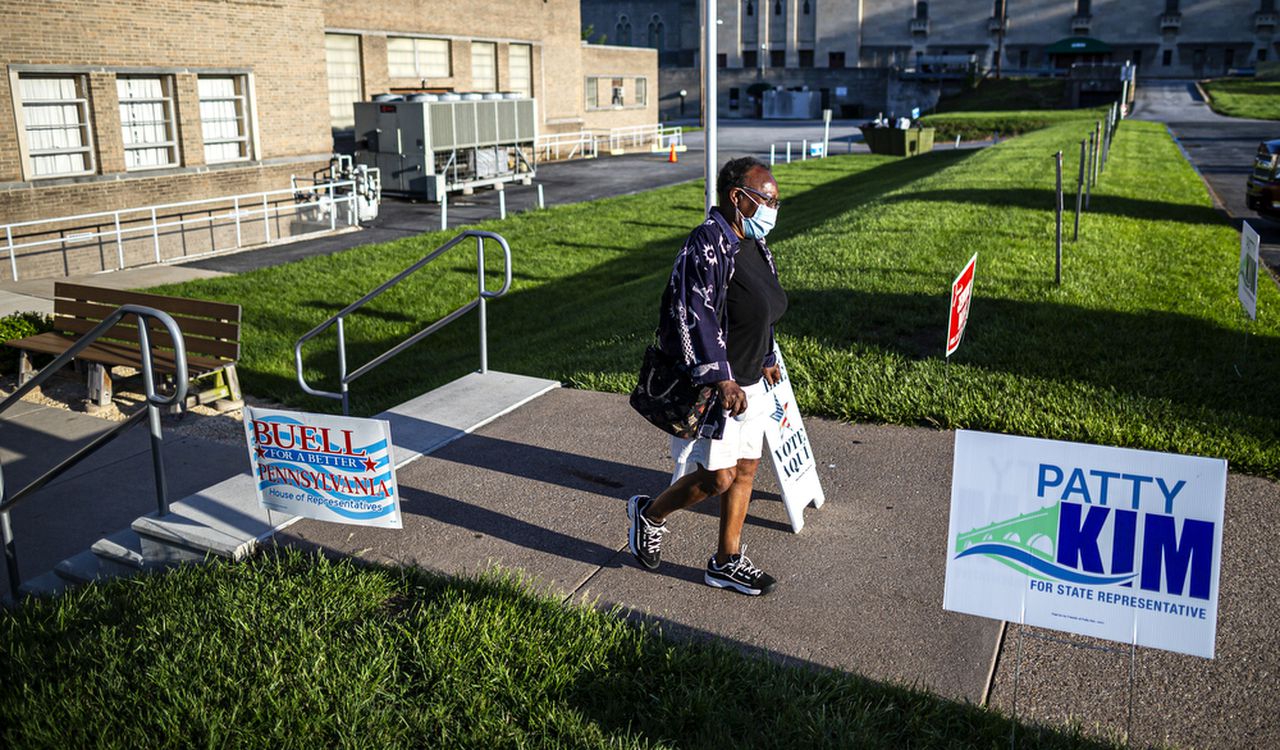 The May 17 primary marked Pennsylvania’s first election since lawmakers redrew the boundaries of congressional districts to reflect the state’s changing demographics.

Several House districts and one Senate district in the Greater Harrisburg area featured primary contests, including two involving incumbents. In Pennsylvania, candidates competed for 203 House seats and 25 of 50 Senate seats.

Based on unofficial returns, which include mail-in ballots, here are the results of the main Central Pennsylvania State House and Senate contests to determine who will represent their parties in the November general election.

The newly drawn 103rd now includes the West Shore communities of Wormleysburg, East Pennsboro Township, Lemoyne, and Camp Hill in addition to much of Harrisburg. It previously did not cover any part of the western shore.

Before being elected to the State House in 2012, Kim spent six years on the Harrisburg City Council and worked as a television reporter. She says her work on city council and as a journalist has given her an understanding of local issues and the ability to articulate solutions.

She will face David D. Buell who won the Republican nomination against Jennie Jenkins-Dallas, the former Harrisburg police officer who has made two runs for mayor as a Democrat in recent years.

Buell, 57, is a former two-term Cumberland County prothonotary, a role that put him in charge of the county’s civil court system. He now works in financial services.

Fleming has worked at several state agency press offices and has worked for nonprofit organizations that advocate for children and mental health services. He has volunteered as a baseball coach, has been active in school district activities, and is president of the Pennsylvania Association of Government Relations.

Earlier this spring, Fleming told PennLive he wants to tackle what he says are alarming child poverty rates in the district, which includes Susquehanna Township, Penbrook and part of Lower Paxton Township.

As a state representative, he said he will have the ability to continue these efforts full-time.

“I have dedicated my professional and personal life to the service of others,” he said. “This office would be a continuation of that service.”

Fleming will likely face Republican write-in candidate Therese Kenley in November’s general election. She decided to get into the race to give voters a choice in this new House neighborhood.

the The district covers all of Susquehanna and Penbrook Township and parts of Lower Paxton Township in Dauphin County.

A new legislative map pitted the two candidates for the seat, which covers Perry and Juniata counties.

Earlier this spring, Stambaugh, who served one term, noted that he is one of the relatively few members of the General Assembly who refuses to participate in the state pension system.

He said he believes the benefit violates a provision of the Pennsylvania Constitution and adds to the state’s $76 billion (and growing) retirement debt.

Stambaugh also cited his introduction of a state constitutional amendment to eliminate school property taxes; filings with the Pennsylvania Public Utility Commission to hold CenturyLink accountable for its poor service in Perry, Juniata and Cumberland counties; and measures to increase rural broadband access, including the recent creation of the Pennsylvania Broadband Development Authority.

He ran unopposed in the fall general election.

The district covers all of Upper Allen, Monroe and Silver Spring townships; parts of the townships of Lower Allen and South Middleton; and the Borough of Mount Holly Springs.

Kutz is currently the state Senate’s policy director and was elected to the Lower Allen Township Board of Commissioners in 2019. He said the board passed balanced budgets with no tax increases each year he served. .

After college, Kutz worked as a congressional staffer for the U.S. House Ways and Means Committee during a time when Congress passed the largest tax cut in American history and then served as policy director for a U.S. Senate candidate before attending law school.

Rep. Greg Rothman won the Republican nomination for the 34th seat in the Senate District over challenger Mike Gossert, a member of the Cumberland Valley School District Board of Trustees.

The district encompasses northern Dauphin County, all of Perry County, and most of Cumberland County, except for the southeastern municipalities near the York County line.

Rothman’s current legislative seat, the 87th House District, has been significantly redrawn under new maps created by the state’s Legislative Redistricting Commission, as part of the 10-year redistribution required after the 2020 census.

“I’m a conservative Republican representing a suburban neighborhood,” Rothman, a commercial realtor with his company, RSR Realtors, told PennLive earlier this spring. “I did well in the more suburban purple areas, but my electoral record is more conservative.”

Rothman will face James Massey, the only Democratic candidate, in the general election.