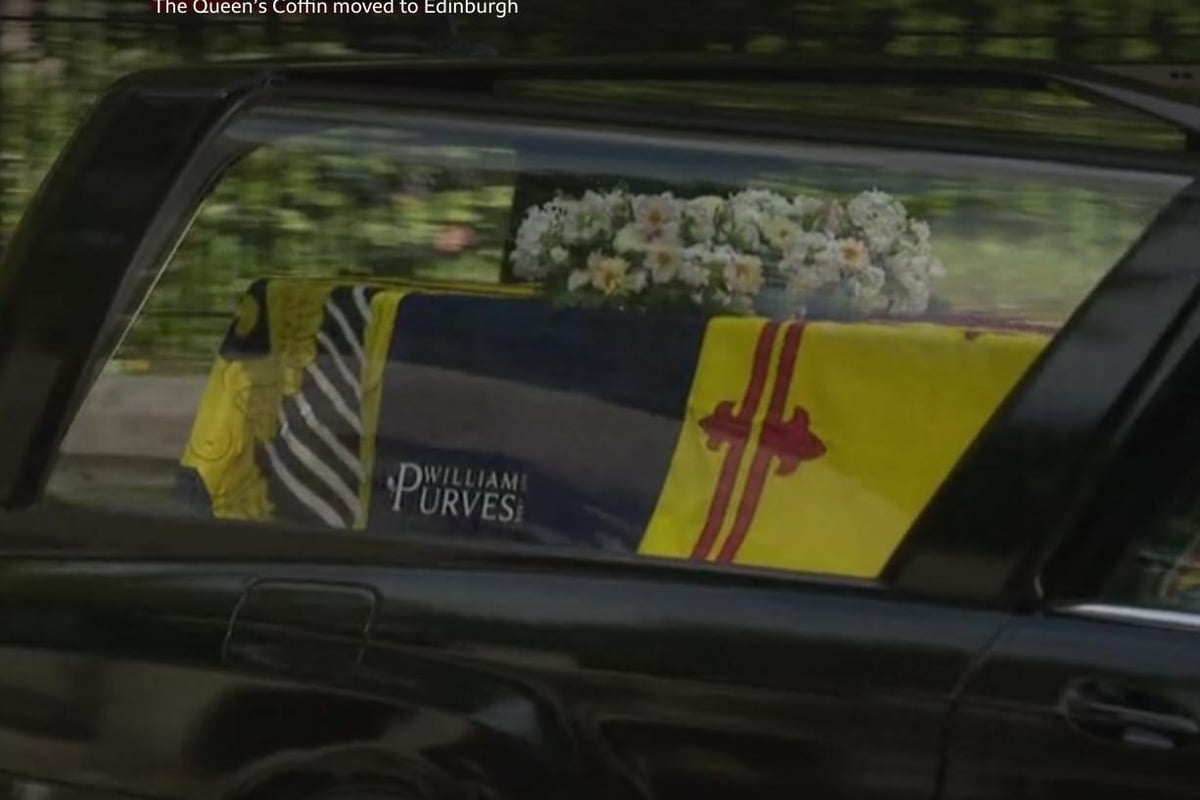 Edinburgh-based William Purves said he took the vehicle’s side window panel ‘at the first possible opportunity’ as the motorcade moved south on Sunday after becoming ‘increasingly aware of the attention our company was receiving, which should rightly be addressed to Her Majesty”.

Chairman Tim Purves said “every detail” had been considered during regular rehearsals for the procession for many years.

He said: “We had to change the color of our signature silver Mercedes hearse to black as per royal protocol.

The logo is visible as the hearse leaves Balmoral. Picture: BBC

“Our logo, which is part of the standard livery of all our funeral vehicles, has remained in place.”

The company said the entire operation was “meticulously planned, heavily rehearsed and approved by Palace”.

However, he declined to confirm whether the logo was specifically approved.

The company’s spokesman said: “William Purves worked with the Palace for many years to plan their involvement, considering every detail, and following royal protocol throughout.”

Mr Purves added: ‘We have never sought public relations from our involvement with the Palace.

“For us it has been a real privilege to have taken care of our Queen and her family.

“We will continue to do this until Tuesday evening.

“I want to thank you for your support as we navigate protocols and sensitivities during this unprecedented time.”

The hearse arrives in Edinburgh without the logo. Photo: Lisa Ferguson/WPA Pool/Getty Images