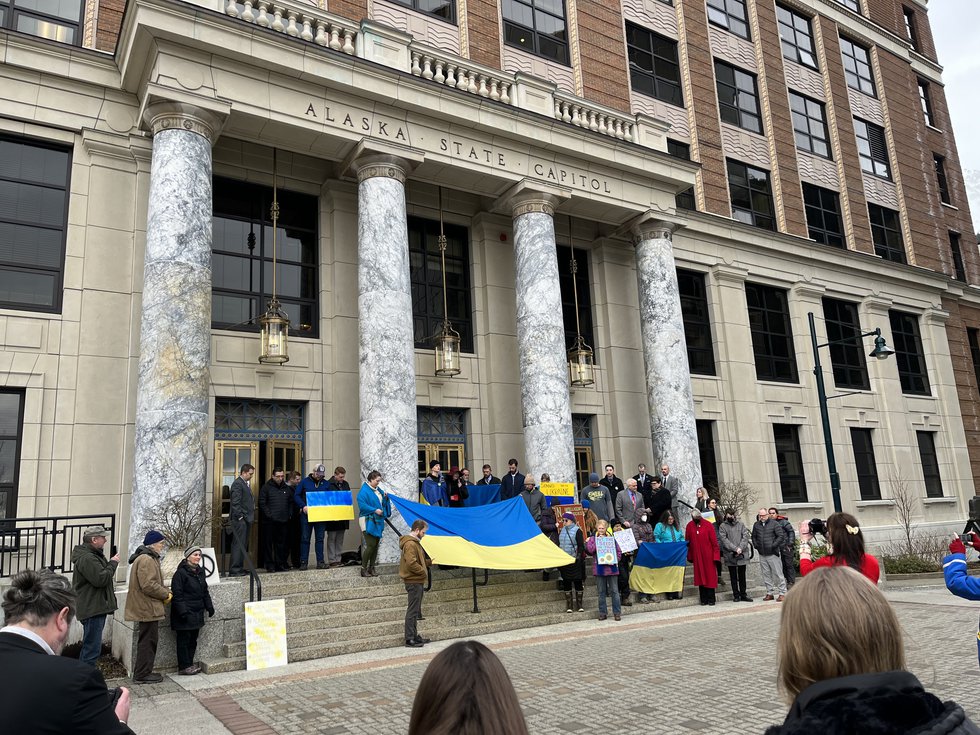 JUNEAU, Alaska (KTUU) — The Alaska House of Representatives has begun hearing a bill that would force the state of Alaska to funnel its investments into Russia.

Rep. Jonathan Kreiss-Tomkins, D-Sitka, carries the bill on behalf of the House State Affairs Committee. He expects him to get a “fast-track review”.

“We are witnessing the most historically unprecedented invasion of a sovereign, democratic country since World War II,” Kreiss-Tomkins said. “Russia is doing, as far as I am concerned, evil.”

House Bill 396 would require the Alaska Permanent Fund Corp. and state pension portfolios to no longer invest in Russia and to divest themselves of their current holdings in Russia. These investments should be terminated within 90 days of being identified as Russian.

The bill would not affect Russian assets in combined funds and the divestment requirements are written until sunset on New Year’s Day 2024.

The board of directors of the Alaska Permanent Fund Corp. issued a statement on Thursday, saying its members understood the situation in Ukraine was “uniquely different” from previous calls to divest from other countries, which were rejected.

“The ongoing crisis and tragedy resulting from Russia’s undeniable and ruthless assault on Ukraine warrants a global and Alaskan response,” the statement said.

The Permanent Fund’s investment managers have been instructed to no longer buy Russian securities. They say having more time to divest from Russia would be good for the state, but it’s hard to estimate when that might happen with the continued shutdown of the Moscow Stock Exchange.

The administrators detailed the $219 million in Russian investments the fund held at the end of December. They note that their current valuations are “highly speculative”, but are expected to have fallen by more than 90%.

“From a financial perspective, the damage to the Fund has occurred and effectively the market has dumped Russian assets,” the statement said.

Revenue Commissioner Lucinda Mahoney, who is also a board member of the Permanent Fund, said on Thursday that a majority of her fellow trustees would like to keep the state’s Russian investments in case their value rises again.

She explained that the state had invested $333 million in Russia at the end of December, which represents less than 0.3% of total state investments. Governor Mike Dunleavy’s administration says legislation should be passed to provide clear guidelines on divestment from Russia because fund managers are bound by the prudent investor rule, which requires maximizing profits .

The governor joined a bipartisan group of lawmakers in calling on the state to divest from Russia and the independent board of the Permanent Fund to make the same decision. He is expected to present his surrender bill next week.

Instead, her bill would be limited to draining $7 million in Russian assets from a $7 billion fund managed by Mahoney herself. Nor would it prevent the state from buying more Russian assets at “slashed” prices.

Jeff Turner, spokesman for the governor’s office, said by phone that Mahoney meant the governor was concerned about “jeopardizing returns” by divesting too quickly. He added that the House bill impacts the Permanent Fund and state retirement portfolios, which means Dunleavy’s bill would not have to.

Across the country, state pension portfolios are dumping their Russian assets or debating whether to sell them. Turner said the governor supports divestment as well as the independence of these investment boards.

“He asks them to do it, but they have to make the decision themselves,” Turner said.

Rep. James Kaufman, R-Anchorage, sits on the House State Affairs Committee and stressed that what happened in Ukraine was “terrible.” But he said he respects the autonomy of Permanent Fund managers to make investment decisions for the financial benefit of the state.

“I’m glad to hear the bill today,” he said Thursday. “But I’m going to look at the whole risk management around the Permanent Fund: how they manage, how they do what they do, and that they don’t set a bad precedent going forward.”