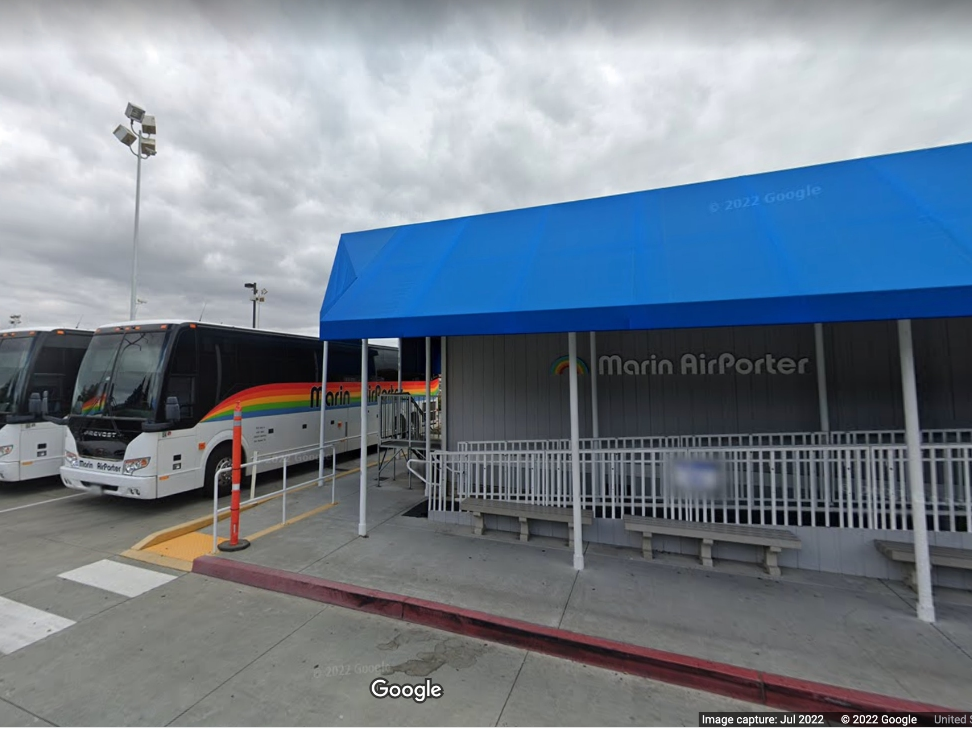 SAN RAFAEL, Calif. — A bus bearing the logo of a San Rafael-based shuttle company was seen dropping off migrants in New York City over the weekend, but Marin Airporter officials deny any involvement in the controversy reported Tuesday by East Bay Times.

The bus bearing the Marin Airporter logo was seen in videos and in national news reports on Saturday, September 17 at the New York Port Authority, where it was dropping off migrants and their belongings, East Bay Times said. The bus was one of two that were sold in 2010 to an unidentified company in Houston, which did not “satisfy requests to remove” Marin Airporter’s logos, according to Marin Airporter vice president David Hughes.

“It is common in the industry for new owners to update bus paint and logos when buying used buses,” Hughes told East Bay Times. “However, that obviously has not been done,” he said. “Marin Airporter is deeply distressed that our name is linked to the exploitation of vulnerable human beings.”

Marin Airporter, which primarily flies passengers from Marin County stops to San Francisco International Airport, is considering legal action for misappropriation and defamation of its name and logo, Hughes told The Times.

“If we had any idea that was their intention, we would never have sold these buses to these guys,” he said. “It’s a very strange situation for us.”

IP and NFT: where are we? – Trademark