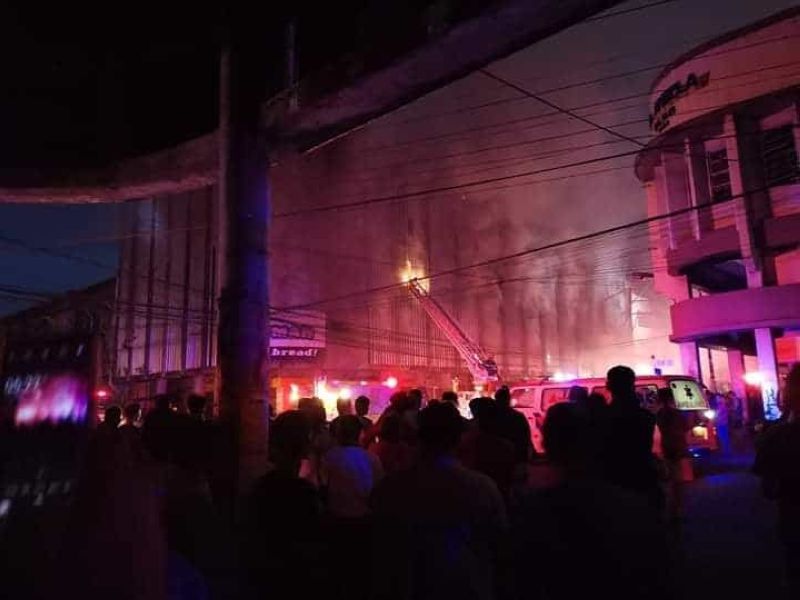 SIX people, including a minor, were killed in a fire that hit the Java retirement home in Gonzaga-Locsin streets in Bacolod on Tuesday morning, November 26.

The victims have been identified as Christopher Java, the owner of the retirement home; Miguel, the 12 year old son of Java; Magdalena, the mother of Java; and Analyn Dacallo, Miguel’s nanny.

Two more deaths remain unidentified, while four other people, including an Australian national, were injured and taken to hospital.

The city’s fire marshal, Publio Plotena, said he answered a call around 4:37 a.m. indicating that the Java Pension House, a former Bascon hotel, was on fire.

He said the fire that reached the highest alarm started on the ground floor and destroyed the five-story building.

One of the unidentified dead was found along the counter of the retirement home, while the other was found in the rooftop terrace.

Plotena said the owner of the retirement home and his family members were trapped in their rooms on the second floor and could have died of suffocation.

He said they were still conducting a further investigation to determine the cause of the fire, as they could not yet determine the total number of guests at the nursing home during the incident.

Some witnesses, who declined to be named, said that prior to the incident, three unidentified men were seen on the ground floor of the retirement home. One of them took a helmet and burned it in the area.

â€œThis is just an allegation and we will fully investigate this assertion. But for now, we cannot yet determine the cause of the fire, â€Plotena said.

He said they would check the closed circuit television (CCTV) camera in the area.

Plotena added that the blaze, which damaged approximately 8 million pesos of properties, was extinguished around 9:20 a.m.

The Fire Protection Office (BFP) will also verify the retirement home’s compliance with fire safety, including its establishment permit.