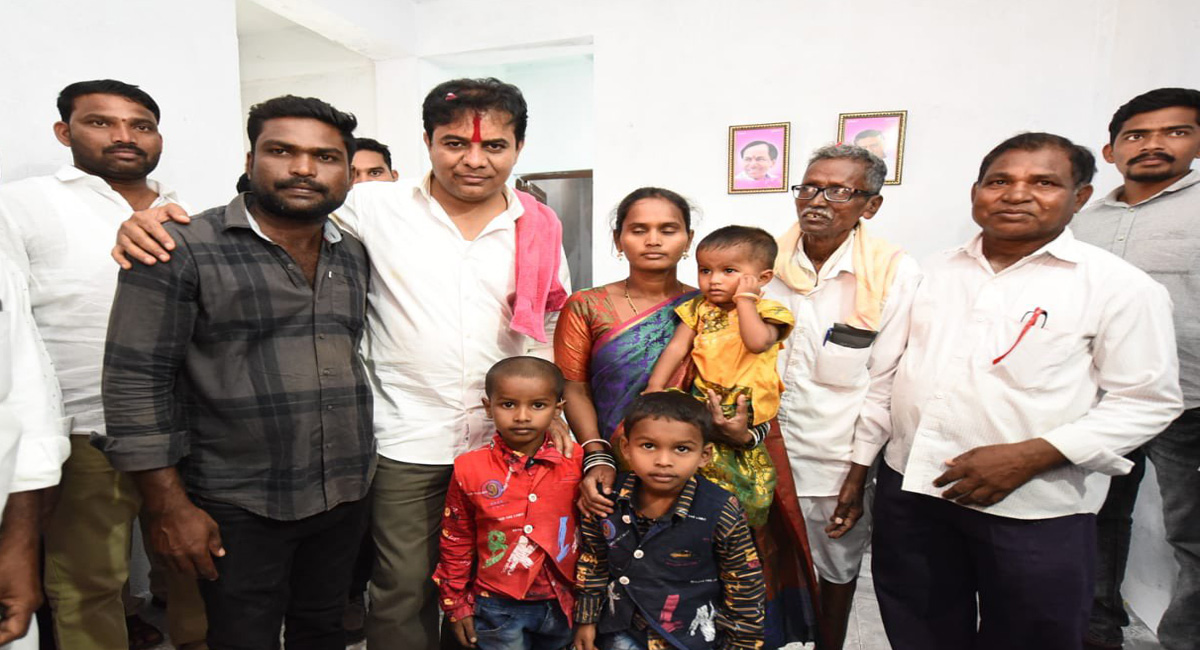 2BHK house is gift to the poor from Chief Minister: KTR

For the first time in the country, 2.70 lakh two-bedroom houses have been built by spending Rs 20,000 crore in the state. Moreover, houses are allocated to eligible beneficiaries without leaving room for corruption.

The minister on Tuesday inaugurated 16 two-bedroom houses built at a cost of Rs 10 crore at Korutlapet of Yellareddypet mandal.

Speaking on the occasion, Rama Rao informed that Telangana was the only state to build two-bedroom houses to provide the poor with the opportunity to live a self-respecting life.

Informing that each house is being built in an area of ​​560 square feet, the minister felt that a house with a double bedroom is a gift to the homeless poor.

Talking about the various activities undertaken under the Palle Pragathi programme, Rama Rao informed that the villages in the state have been developed as a model for the country.

Referring to programs put in place for the welfare of farmers, Rama Rao said that 24-hour quality power supply, Rythu Bandhu, Rythu Bima, Rythu Vedhikas and others have been implemented to protect the interests of the agricultural community.

Up to Rs 50,000 crore has been deposited in farmers’ bank accounts under the Rythu Bandhu scheme, the minister briefed and advised the people to empower themselves using the social protection schemes.